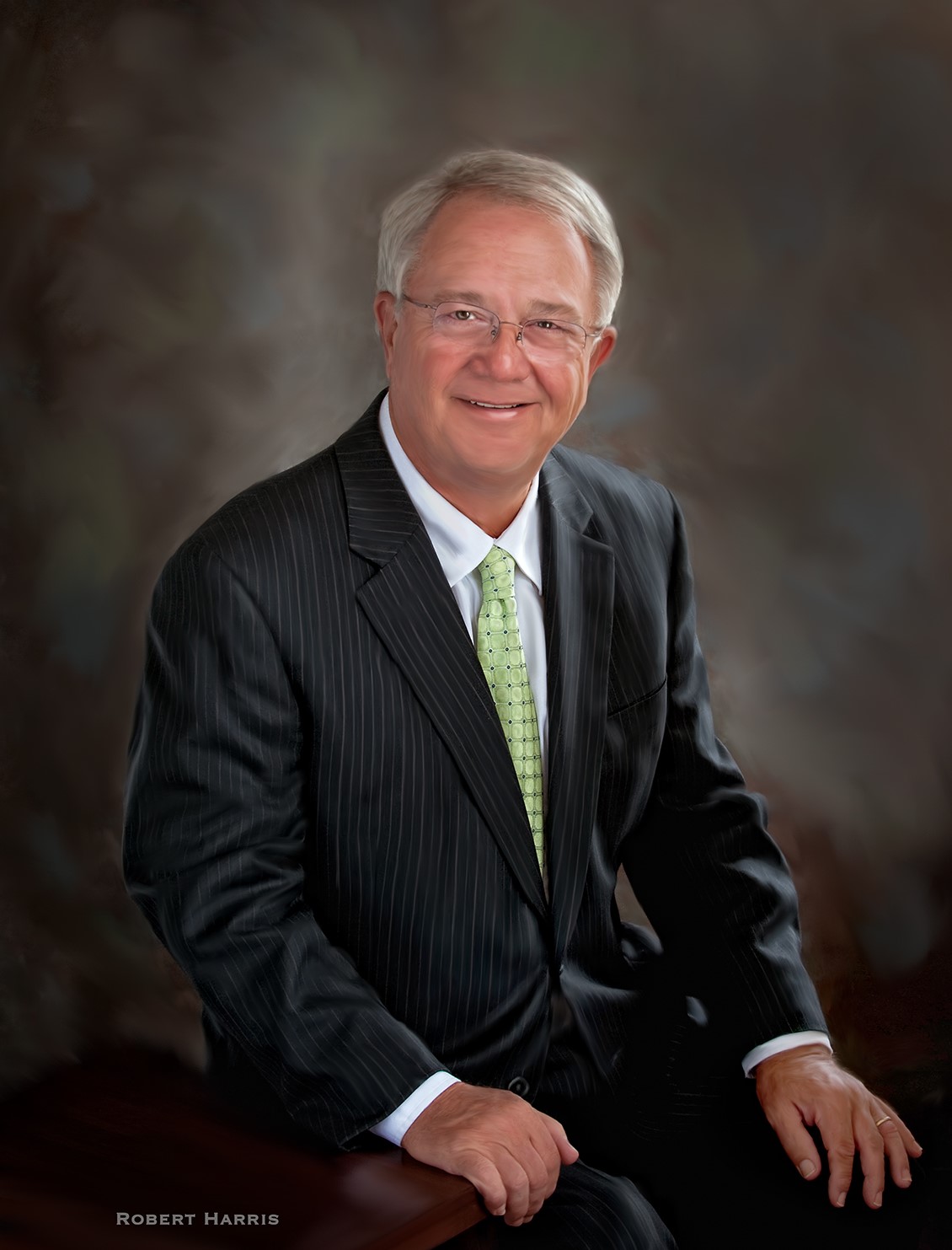 Sherwood Hart Creedle, age 74, of South Hill, died Thursday, November 11, 2021, at Chippenham Hospital in Richmond. He was the son of the late Herbert and K. P. Creedle, and was predeceased by his wife, Janice Smith Creedle. Sherwood was the founding partner of the accounting firm that is now Creedle, Jones and Associates. Sherwood is survived by his son, Steve Creedle (Susan), and his daughter, Stephanie C. Hobbs. He is also survived by his six grandchildren: Morgan Clary, Hart Creedle, Bailey Hobbs, Tyler Creedle, Jackson Hobbs, and Cooper Hobbs. At the young age of twelve, Sherwood met Janice Faye Smith, and she became his life-long love. Upon graduation from Park View, he attended Virginia Commonwealth University, where he studied business and accounting. They married in 1968, and after his graduation, Sherwood worked for a brief time at Virginia Power. After the birth of Steve, they returned to South Hill to make their home, and Stephanie soon completed their family. Sherwood’s CPA practice gained various partners over the years, and his firm grew to multiple locations with dozens of co-workers, who he considered friends. Sherwood was a former President of the South Hill Chamber of Commerce, and volunteered for numerous other organizations, including South Hill Masonic Lodge #297. First Baptist Church of South Hill was home to Sherwood and Janice for over 40 years. Sherwood served as Chairman of the Board of Deacons, treasurer, moderator, and Sunday School teacher. He was instrumental in the development and creation of First Christian School in 1999, where he served on the school board. Hart Business Solutions (GC Pay), a software firm for internet-based contractor billing, was the brain-child of Sherwood in 2003. Due to his illness, Sherwood was unable to fully realize the success of the company, which was sold in 2018 to an international corporation. Sherwood’s hobbies included golf, driving slightly over the speed limit, multiple card games, and making.people laugh. His favorite hobby of all was watching his grandchildren play sports. A visitation with family will be held Sunday, November 14 th from 3:00 – 5:00 p.m. at Crowder-Hite-Crews Funeral Home. Sherwood’s funeral will be held on Monday, November 15 th at 2:00 p.m. at First Baptist Church of South Hill, with interment to follow at Tabernacle Baptist Church. Memorial contributions may be made to First Baptist Church or First Christian School, 410 N. Mecklenburg Avenue, South Hill, VA 23970. Online condolences may be made through our website, www.crowderhitecrews.com. Crowder-Hite-Crews Funeral Home and Crematory is serving the Creedle family.