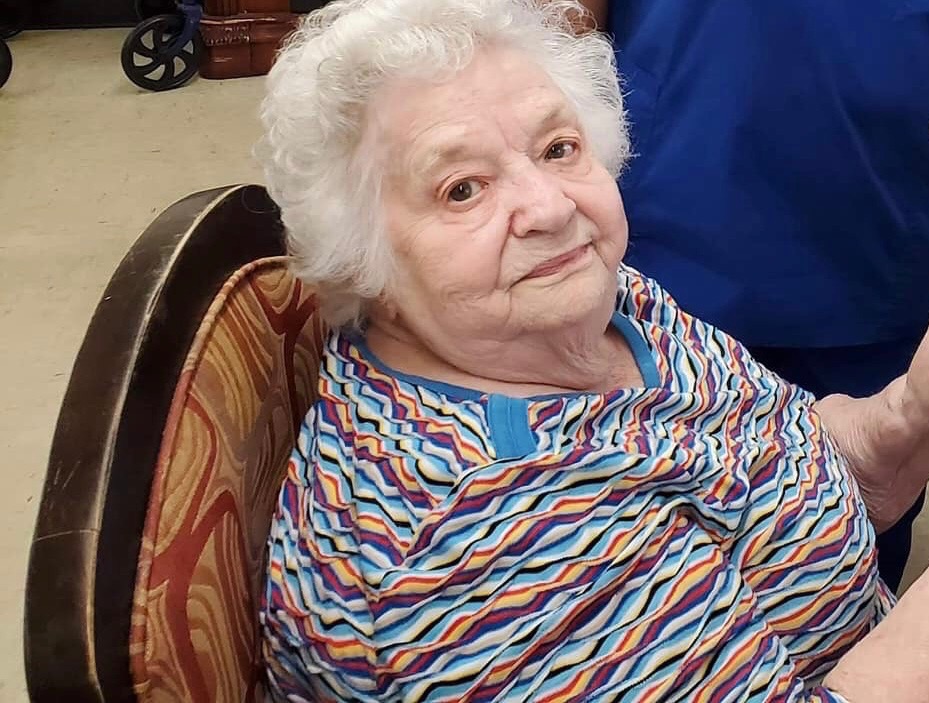 Mrs. Barbara Moss Bracey, age 87 of South Hill, died Wednesday, June 29, 2022 at Pine View Assisted Living Facility in South Hill. She was the daughter of the late William Howard and Eunice Paynter Moss Garber. Barbara was a retired employee of VEPCO/Dominion Resources for over thirty years and was the widow of William Nicholas “Billy Nick” Bracey. She actively volunteered and served at the American Legion and Moose Lodge. She also enjoyed spending time with her granddaughters, collecting recipes and playing cards with her friends. She is survived by her son Michael H. Bracey and wife Sandi of Summerfield, NC, two grandchildren, Jami Bracey of Greensboro, NC and Nicole Bracey of Birmingham, AL, one great- granddaughter, Ella Manning, a sister Faye(Jimmy)Kallam of Brodnax, VA and her sister-in-law, Joyce Tudor of La Crosse, VA. She was also survived by several nieces and nephews. She was predeceased by her sister, Becky Wells and her brother, Howard Moss. A funeral service will be conducted Wednesday, July 6, 2022 at 2:00 P.M. at Crowder-Hite-Crews Funeral Home and Crematory with a private inurnment at a later date in Canaan Cemetery. The family will receive friends on Wednesday, July 6, 2022 from 12:30 until the hour of service at the funeral home. Memorial contributions may be made in Barbara’s name to VCU/Community Memorial Hospital Oncology, P. O. Box 90, South Hill, VA 23970. Online condolences may be made through our website, www.crowderhitecrews.com. Crowder-Hite-Crews Funeral Home and Crematory is serving the Bracey family.