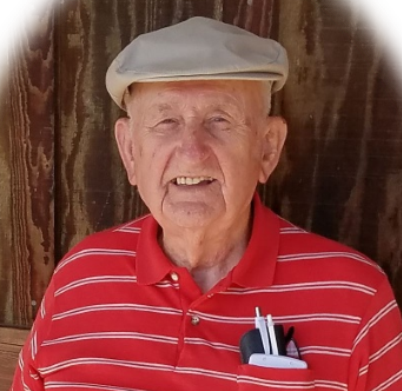 Mr. Randall Carter White of La Crosse, VA died October 27, 2020 at the age of 91. He was born in
Mecklenburg County on April 27, 1929 on the same land of his maternal ancestors who settled here
before the Revolutionary War. Randall graduated from La Crosse High School and received a BA degree from Virginia Tech and a master’s degree from William and Mary College in Social Work. He retired from the Veteran’s Administration in Richmond, VA in 1989 after 27 years of service. He was a past member of the Kiwanis club, Vice President and President of National Association of Retired Federal Employees and President of the Ruritan Club. He formerly lived in Richmond and upon retirement returned to his homeplace in Mecklenburg County. He enjoyed spending time at Nags Head, NC. His hobbies were woodworking, fishing, birding, an avid reader and loved to solve crossword puzzles. He was a devoted father and grandfather. He made it a point to keep the family united and lived a simple life for the last 31 years.
He lost his loving daughter, Britta Ann White, on December 6, 2011 to cancer. He is survived by his
children: Linda White West, John Randall White, and William Carter White and spouse Lisa Reynolds
White. His grandchildren: LeeAnn, Kendall, Lauren, Ethan, Ian, Reagan, and Conner. Randy was
preceded in death by his parents Otis R. White, Sr. and Esther T. White, his siblings Edna R. McArthur,
Elizabeth W. Barr, Winfred E. White, and Otis R. White, Jr. He died at Sentara Rockingham Memorial Hospital in Harrisonburg, VA. He was not alone, and he said he had lived a wonderful life. His motto was “Never carry a grudge—get over it!”. Friends and family may stop by the funeral home during normal business hours (9:00A.M. to 5:00 P.M. daily) to view and sign his register. The family request a private family graveside funeral service will be conducted Sunday, November 15, 2020 at 2:00 P.M. in La Crosse Cemetery. Crowder-Hite-Crews Funeral Home, South Hill, VA is serving the White family.

Be the first to send a condolence.

This entry has no reviews.