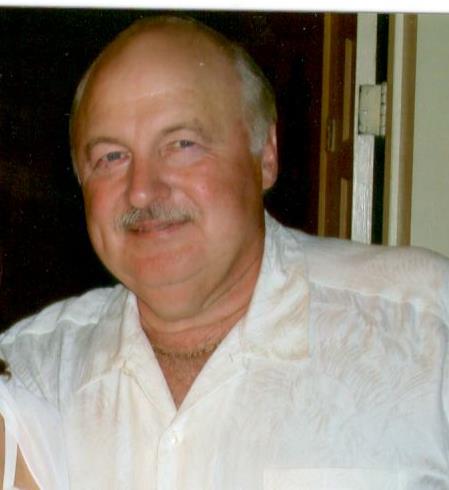 David Lee Hudgins, age 71 of Bracey, passed away November 5th, 2020.He was born April 22, 1949. He was the son of the late Pruett B Hudgins and Dorothy L Burgess. He spent most of his life between the shelves of a Winn-Dixie or a Food Lion grocery store. His motto was: “if you love what you do you will never work a day in your life.” He managed several grocery stores in Virginia and North Carolina before ending his career in Blackstone Virginia. When he wasn’t managing stores you would find him hanging out with his family and friends. Before he had a stroke in 2007 he loved boating, fishing, beach trips, shopping with his girls, and we can’t forget the good meals he liked to cook and eat with family. After the stroke he was still the life of the party. Always wanting to get people together to cook and eat. He would still go fishing, shopping, cruising the boardwalk in Virginia Beach, and he also enjoyed his Sundays at first Baptist Church South Hill VA. He had a lifelong love of cars. Car shows and drag strips were always some of his favorites. He will be greeted by his wife Lois Jannett Seamster and his parents Pruett and Dorothy Hudgins. He is survived by his wife Rebecca C. Hudgins, daughters; Lyn Farley (Mike) and Dana Hudgins, His sons; David Hudgins (Melissa), Jeremy Francis, Adam Francis (Martina), and Daniel Francis, Grandchildren; Dylan Whitlow (Michaela), Nathan Farley, Sophia Hudgins, Kaleb Farley (Amber), and Gage Francis, Great-Grandchildren; Mia Whitlow, Mason Hoskins and Summer Farley. Also included is a friend and caretaker Sherrie Hazelwood. A graveside service will be held Saturday November 7th, 2020 at 2 p.m. at Highland Burial Park in Danville Va. Services by Crowder Hite and Crews Funeral Home in South Hill Virginia. The family suggest memorial contributions be made to the Hazelwood House, 1107 W. Danville St., South Hill, VA 23970.