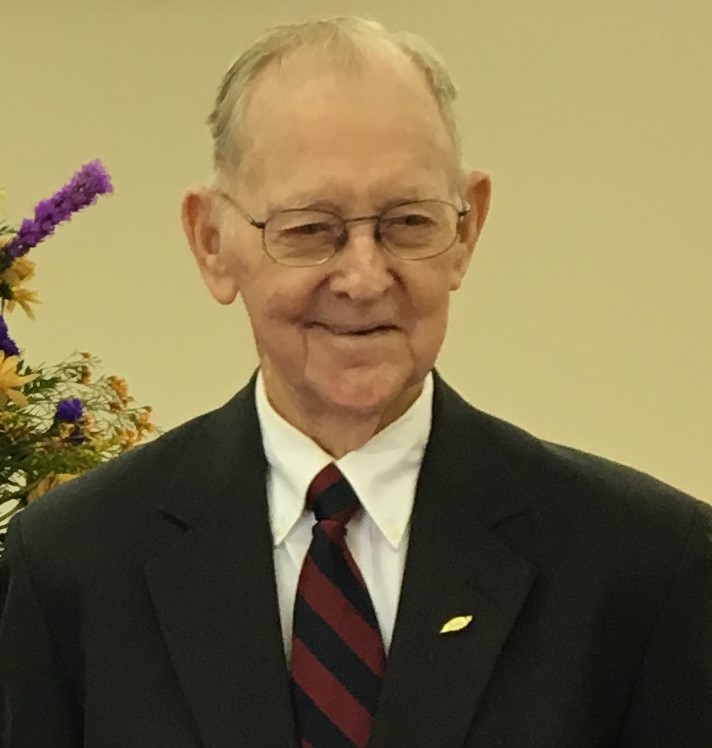 Russell Hart Hudson departed this life on Friday, June 10, 2022 after a brief illness.
He was preceded in death by his father, Joe Smith Hudson, his mother Harriet
Walker Rainey Hudson, his sister Jane Carilda Hudson McGrew, and his brother
Bobby Ferrel Hudson. He is survived by his wife of 67 years Catherine, his son,
Russell Wallace Hudson, his grandson Christopher Scott Hudson (Heather),
his son Glenn Price Hudson (Suzanne), granddaughters Megan Christine Hudson,
Adrienne Caroline Hudson Davis (James), his great grandson, James Price Davis.
His daughter Catherine Elaine Hudson Trujillo (David) and his granddaughters,
Laura Elizabeth Kilian, Catherine Alice Kilian Watts (Dylan), and a nephew Bobby Ferrel Hudson, Jr. Hart was born September 16, 1928, and grew up on a tobacco farm near South Hill, Virginia during the Depression. He graduated from South Hill High School in 1946 and attended Smithdeal-Massey Business School in Richmond, Virginia where he met his future wife and majored in business administration. During his time in Richmond, he worked part time for Richmond Power Equipment as a bookkeeper. After graduation from Smithdeal-Massey he went back home and farmed until he was drafted into the US Army during the Korean War. He was with the 101 st Airborne Division stateside. He spent almost two years in Frankfurt, Germany as a cryptographer assigned to the Supreme Headquarters Allied Expeditionary Force (SHAEF/Flaming Sword) working out of the I.G. Farben complex in downtown Frankfurt. He enjoyed his time in Europe and was present at Queen Elizabeth II’s coronation in June of 1952 while on leave touring Europe with an army buddy.
After returning home from the army, he continued farming and married his college sweetheart Catherine Armada Ezelle of Victoria, Virginia on March 26, 1955. He was a devoted family man and when he spoke you listened to what he had to say, especially if you were one of the three children he raised. He was a fair man, and would always listen to your point of view, even though he might disagree with you. If it was his call, he would go with his instincts which in most cases were very good. Hart was very organized and enjoyed his life’s work. Fascinated at an early age with electricity, he attended GI classes at night and utilized that education and experience to eventually start and operate Hudson’s Electric Service here in South Hill. He successfully operated that business from 1960 until he made the choice to devote all his efforts to farming full time. He and Catherine owned and operated R. Hart Hudson Farms, Inc., and Dixie Tobacco Warehouse with his son Glenn until he retired from his farming career in 2020. Hart was a pioneer in different areas of agriculture not only for the success of his business, but for the success of others in the agribusiness community. He was instrumental in forming the first organization in Virginia to procure legal foreign labor for all Ag employers, now known as the H-2A T foreign labor program, and its success today is now nationwide. He was a God-fearing Christian and he walked and talked with Him every day. He was very serious about his faith and how it sustained him. Until he was unable to attend on a regular basis, he was very active as a member, layman, Sunday school teacher and deacon at Ephesus Baptist Church in Smith’s Crossroads, Virginia. Hart was very active in the Southern Baptist denomination, and he served on numerous boards and committees at both the local and state level. He attended Southern Baptist Conventions all over the United States in his earlier years and forged friendships from his church affiliation that lasted a lifetime. Hart was a generous man and spent his life trying to improve the lives of others-especially his family. He always believed in leaving something better than he found it, and that was how he lived his life. Hart was a patriot, was both socially and politically conservative, and he was a long-time member of the Mecklenburg County Republican Committee, attending several Republican Party of Virginia State Conventions as a voting delegate. He was a member of the Virginia Agri-Business Council and was appointed by two governors to the Migrant and Seasonal Farm Worker Panel as the agri-business owner representative. He was a longtime member of the South Hill Chamber of Commerce, and he was the remaining charter member of the South Hill Ruritan Club with over 60 years of service to the organization. He was a member of the South Hill Masonic Lodge # 0297 with over 58 years of membership. To say he was “involved” would be an understatement. He and Catherine spent time travelling overseas and all over the United States in their later years-they had the travel bug their entire life together. He will be sorely missed by his family and friends, as he touched many lives during his time here on this earth.
A funeral service will be conducted Monday, June 13, 2022 at 1:00 P.M. in Crowder-Hite-Crews Funeral Home, South Hill, Virginia with Masonic Rites. The family will receive friends also on Monday from 11:00 A.M. until the hour of service at the funeral home. At all other times, the family will receive
guests at the home, Monday, up until 10:00 AM.
Following the service there will be a reception at
Ephesus Baptist Church, followed by a private burial with American Legion Post #79 military honors at the church cemetery at dusk. Memorial contributions may be made to Ephesus Baptist Church cemetery fund, 4057 Goodes Ferry Rd., South Hill, VA 23970. Online condolences may be made through our website, www.crowderhitecrews.com or by mail to The Family of R. Hart Hudson, 338 Tobacco Lane, South Hill, VA 23970. Crowder-Hite-Crews Funeral Home and Crematory is serving the Hudson family.